Some illegal suppliers use Kohjin’s official document to provide false material in some areas . In order to solve this problem, Kohjin decided to launched its new trademark accompanied with strict authorization of new trademark policy now.

That is why you should have concerns about your Glutathione source without its Official Certificate of origin (included detail manufacturing location in Japan) issued by Japanese Government.

Because only Kohjin’s Glutathione from Torula Yeast is the legal Glutathione ingredient and be approval by Taiwan FDA. Whether Glutathione is from the enzymatic synthesis or from Bakery Yeast, both of their safety data are not approved by Taiwan FDA and can not apply in finished food products in Taiwan. 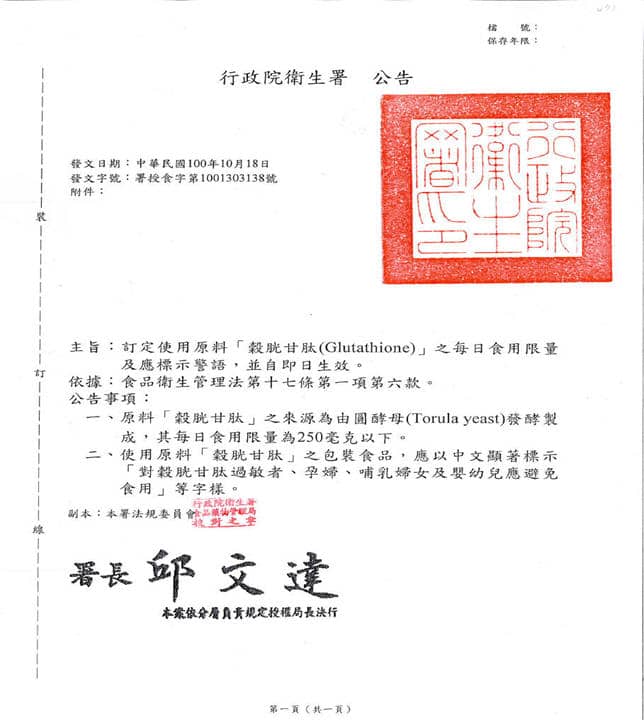 Home > News > Kohjin launched its trademark of “OPITAC” in order to enhance its recognition.
Scroll Up